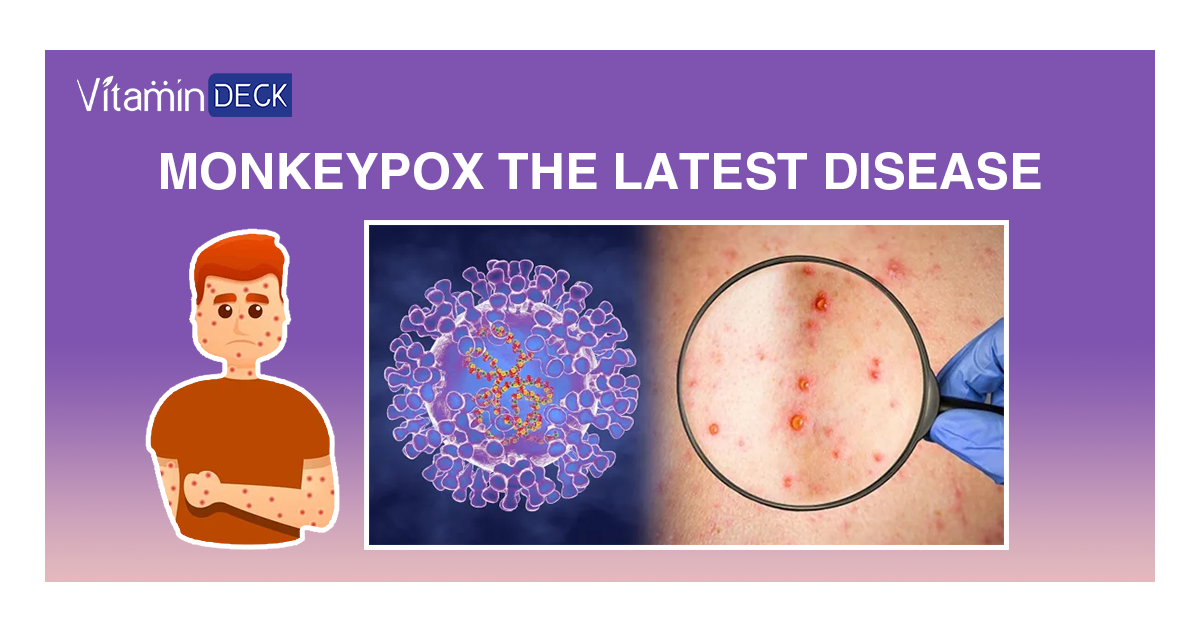 The virus known as monkeypox causes human monkeypox, which has symptoms similar to smallpox, including a high fever and a rash. It is an orthopoxvirus. After smallpox was eradicated worldwide in 1980, monkeypox emerged as the most common orthopoxvirus infection in humans. In the United States, monkeypox is a rare viral infection that is not frequent. It can begin with flu-like symptoms and lymph node swelling, followed by a rash on the body or an isolated rash in the genital or groyne area, without any other signs. People who live in rural areas of Central and West African countries are most likely to contract the disease via infected animals, particularly in locations close to tropical rainforests. If a person is exposed to respiratory droplets from a person who has monkeypox at home or a healthcare facility, or if they come into contact with contaminated objects like bedding, they can contract the disease. Despite this, monkeypox epidemics tend to develop in small clusters of a few cases rather than spreading widely through the population.

The pathogen of the diseases

Poxviridae includes the Orthopoxvirus genus and the Monkeypox virus species, which are double-stranded DNA viruses. Both the central African (Congo Basin) and west African clades of the monkeypox virus have separate genetic strands. In the past, the Congo Basin clade was supposed to produce more severe diseases and was considered to be more easily transmitted. The only location where both virus clades have been detected is Cameroon, which has served as a geographic divider between the two groups.

Innate host of the virus

Animals from a wide range of species are susceptible to monkeypox. For example, non-human primates and rope and tree squirrels are included in this category. More research is needed to understand better the monkeypox virus’s natural history and how the virus is transmitted in the wild.

Zoonotic transmission can occur through direct contact with diseased animals’ body fluids, skin, or mucosal sores. The monkeypox virus has been identified in various African animals, including rope squirrels, tree squirrels, Gambian poached rats, dormice, monkeys, and other mammals. No source has been found for monkeypox in nature, but rodents are most likely. It’s expected that eating infected animals’ meat or other animal products that have been improperly cooked increases your risk of getting sick. If you spend a lot of time in or near a forest, you risk coming into contact with diseased animals. Close contact with respiratory secretions, skin lesions, or recently contaminated objects can result in the human-to-human transmission of the disease. There is an increased risk for health care workers, household members, and other close contacts of active cases when transmission occurs via respiratory droplet particles. A community’s longest-documented transmission chain, on the other hand, has recently grown from 6 to 9 consecutive infections among individuals.

To prevent monkeypox, the essential technique is to raise public knowledge of risk factors and educate people about the measures they can take to avoid infection. Monkeypox vaccines are now being tested to prevent and control the disease. Some governments have or are establishing strategies to provide vaccines to those who may be at risk, including laboratory employees, fast reaction teams, and health workers.